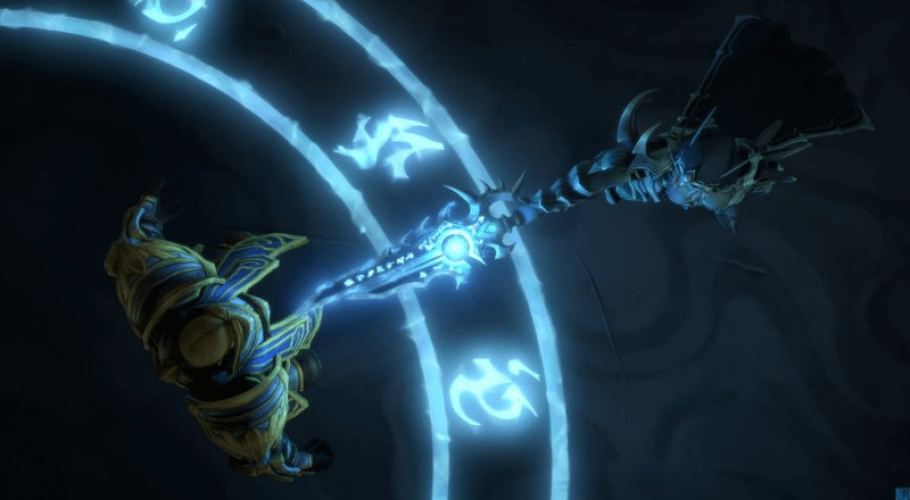 Blizzard has announced the raid of Patch 9.1 - New Raid with ten bosses: the Sanctum of Domination. Encounter the true Eye of the Jailer, turn the tide against the Tarragrue, and come face-to-face with the Banshee Queen herself in a fateful confrontation.
New currencies for the new item upgrade system, namely new raid items with sockets for shards to collect raid sets with unique bonuses.

Mythic Raid is always the most interesting and difficult PvE content. Only the strongest and most challenging teams go through it to the end and destroy the main boss.
Of course, this cannot remain without rewards. The highest gear in the game can be obtained in the Mythic raid!

Achievements received for completing a raid of mythical difficulty are always an indicator of high skills and diligent play.

Buy Full Mythic Gear from the Sanctum of Domination raid and become part of the strongest and most persistent players!

HOW IT WORKS:
• By Piloted boost method our manager will сlarify all the details with you and pro-player will drive your character
• We will invite you to our private Discord conference. This will allow you to track the progress of the order and stay in touch with your personal booster.

IMPORTANT NOTE:
• Vault count towards full gear order!
• Please keep in mind that the current loot distribution system in the game does not provide any guarantees that you will receive any loot in each run
• The game loot system does not allow us to trade all items. The trade of some items may be restricted by game mechanics
• There may be other customers with you in the same raid run. They are not obliged to trade items with you

STEPS FOR ORDERING:
• Add service to your shopping cart and complete the payment.
• Our manager will contact you to confirm delivery details.
• Assign a booster to fulfill your order.
• Get the order done!

For any additional information, please, contact our manager via live chat!